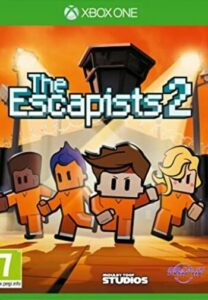 The Escapists 2 Xbox One Global

The Escapists 2 Xbox One Global