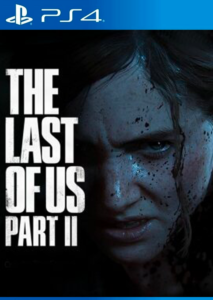 The Last of Us Part II PS4 Global

The Last of Us Part II PS4 Global